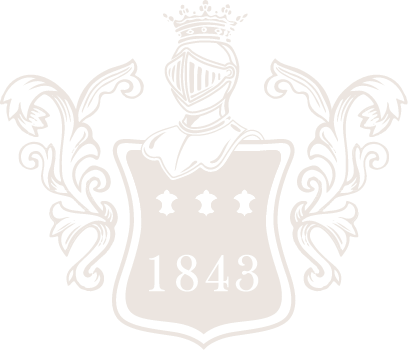 The Santi winery has played a key role in the history of Valpolicella since 1843, the year it was founded in Illasi, an old village at the eastern tip of the Verona district, near the Lessini Mountains.Here, in the shadow of a Mediaeval castle, in the valley known then as Longazeria, Carlo Santi founded his cellar to produce wines typical of the district.From the start, the Santi family focused on quality and prime raw materials, using only the best grapes from their own estate’s top growing area.The success of the wines persuaded the winery to procure more grapes from local growers, with whom a relationship of trust grew over time and today allows direct management of the vineyards.

Cavaliere Attilio Gino Santi, an academic of vine and wine, took over from Carlo Santi and integrated pursuit of qualitative excellence in grape selection with research and innovation.Attilio was one of the very first in Italy to install modern sparkling wine production equipment in the 1930s. He invested in the development of a production method for sparkling wines that made him a point of reference at the time for Italian schools of oenology beginning to explore “quality fizz”.

The third generation, represented by Guido Santi, consolidated the winery’s specialization in the direction of prestige products, phasing out entirely production of basic wines, and pursuing a farsighted quality watershed that the rest of the Italian wine industry imitated in subsequent decades.

In 1974, the winery became part of Gruppo Italiano Vini, with upgrading of structures and facilities, confirming the winery’s quality commitment alongside its attachment to the growing area, and further concentrating production in Verona and Adige Valley local designations.

Today Santi is proposing a range of wines entirely representative of the excellence of Valpolicella and the Tre Venezie, inspired by the commitment to promote its origins and the culture of the territory of reference.